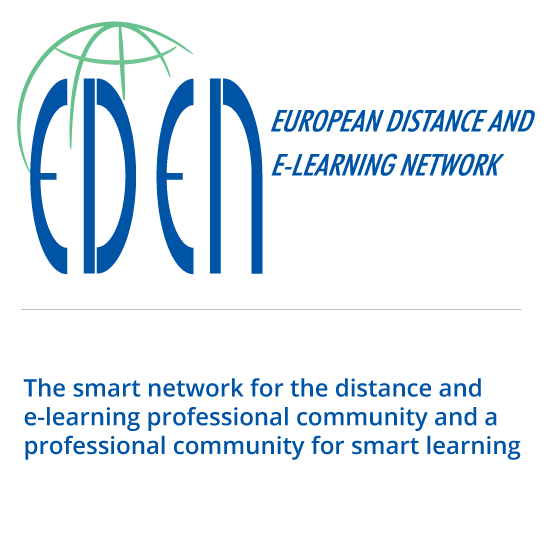 The Network of Academics and Professionals (NAP) is EDEN’s professional community that includes in its membership all individual members as well as the institutional members’ nominated representatives.
The activities of the community are coordinated by NAP’s own Steering Committee (SC), the members of which are elected by the NAP community casting their votes once every three year.
The Chair of the NAP Steering Committee is elected by the SC from its members. According to the EDEN Constitution, the NAP SC Chair is ‘ex officio’ member of the EDEN Executive Committee.
The present Steering Committee was elected in April 2017 for a three-year period. The term of office of the present NAP SC will be terminated in April 2020.
We look forward to an active election period that can add further momentum to the EDEN Community activities!

If you know a devoted EDEN member who could foster the EDEN NAP activities and is willing to contribute to make the services of EDEN more attractive and useful for members, do not hesitate to nominate her or him for Nap SC membership!
Just write an email to membership@eden-online.org!

Please, do not hesitate to contact the EDEN Secretariat if you need further information or assistance.

What are the main activities of the NAP Steering Committee?

The NAP activities are an important part of services EDEN provides to its members.

The NAP Steering Committee should foster the NAP activities through initiating different activities, like webinars on relevant topics in the area of distance and e-learning. In the last 12 month the NAP SC organised 12 NAP webinars.

The most popular NAP webinar topics in 2019 encompassed subjects from Open Education Resources and MOOCs through quality issues, learner profiling and e-assessment to e-portfolio and credentialing education outcomes.

During and after each webinar an #EDENChat can also be initiated.

EDEN NAP members have access to the EDEN Newsflashes stored in the NAP area. It is a huge resource of news from the professional field.

NAP SC members can count on the support of EC members as well as the Secretariat in their work: The Secretariat gives the technical background for virtual events: ensures chat rooms (Adobe Connect room), uploads the supporting material before the meetings, organises the promotion and registration for the events, organises the award of open badges to the presenters, moderators and participants of the meetings.

If you know a devoted EDEN member who could foster the EDEN NAP activities and is willing to contribute to make the services of EDEN more attractive and useful for members, do not hesitate to nominate her or him for Nap SC membership!
Just write an email to membership@eden-online.org!

The current members of the Committee are the following:

In the 2020 elections therefore all members of the NAP Steering Committee will be newly elected.

Helga Dorner EDEN Executive Committee member is delegated by the EDEN EC to participate in the NAP SC work and liaise between the two governing bodies.

8.2 Election of members of the Steering Committee shall take place by postal ballot (including electronic mail). Nominations for elected positions shall be invited from the members of the section at least four months before the new Steering Committee members are to take up office. The election shall be conducted by the EDEN Secretariat, and a deadline of votes shall be fixed not earlier than four weeks after the mailing of the nominations to the members of the section. The candidates who get the highest numbers of votes, and who do not come from the same country, shall be elected.

The phases of the election are:

The Steering Committee members will elect the NAP SC Chair at their first meeting to be held at the 2020 EDEN Annual Conference in Timisoara (21-24 June 2020).

Network of Academics and Professionals members are eligible for nomination who have a settled membership status for 2019 (membership fee paid by the member or their institution).

Nominated persons are required to confirm their willingness to stand for election and serve in the NAP Steering Committee in the period of 2020-2023. This will be arranged by the EDEN Secretariat by email.

Please, do not hesitate to contact the EDEN Secretariat if you need further information or assistance.